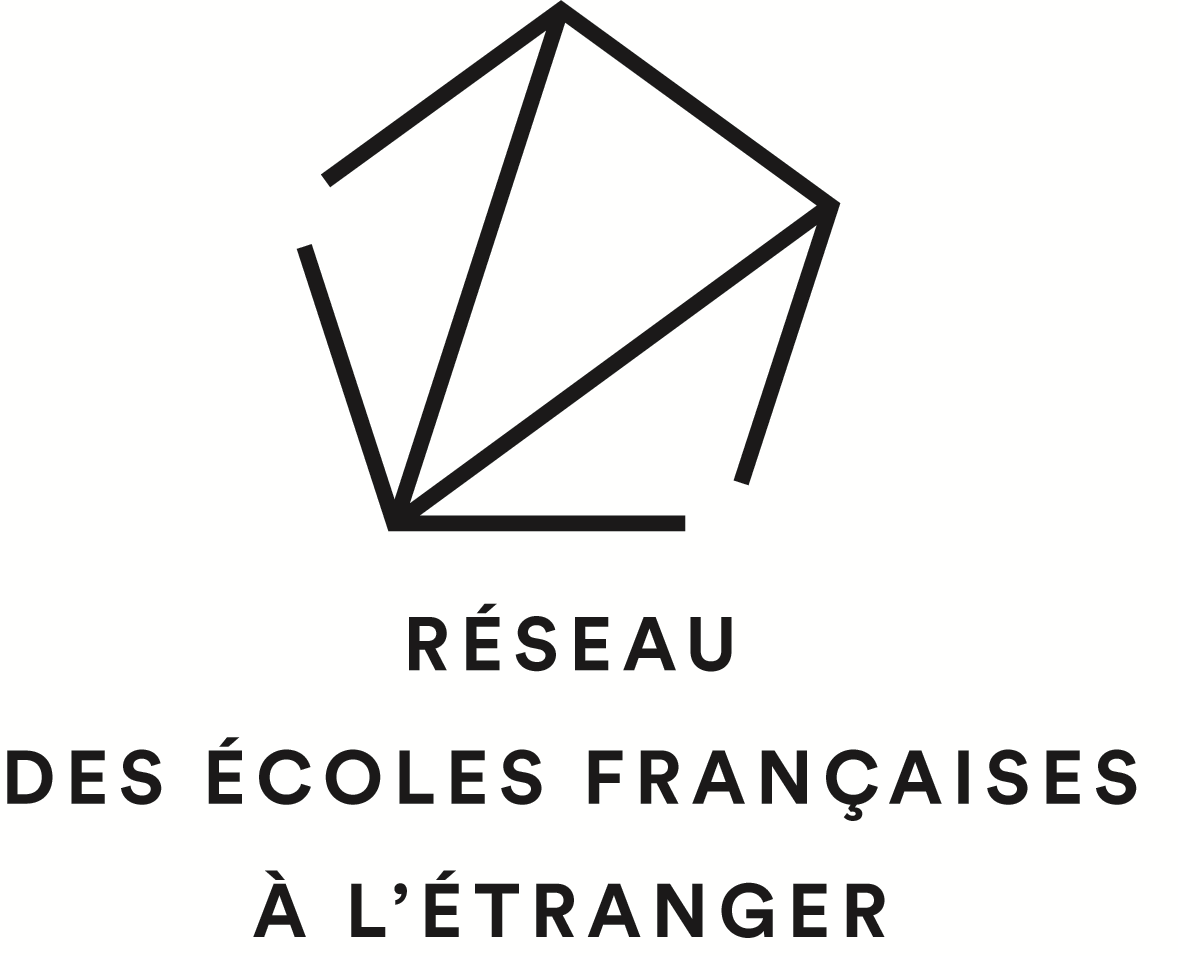 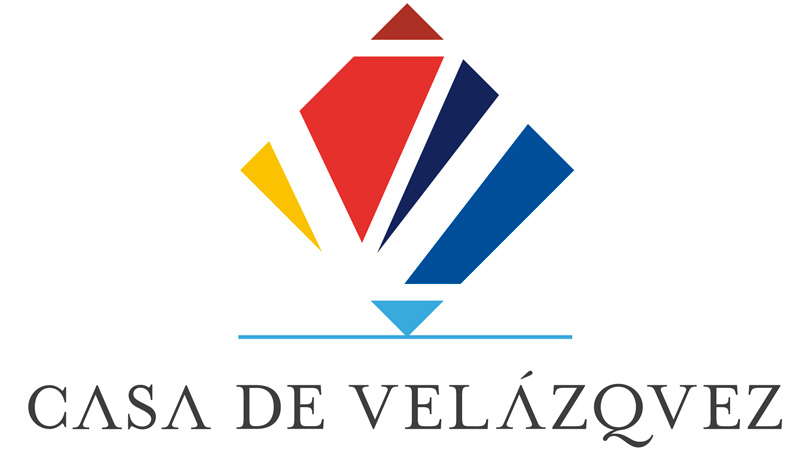 The Libraries of the Écoles françaises à l'étranger are established in Athens, Rome, Cairo, Paris and Madrid: located in places steeped in history, together they have nearly 730,000 volumes, but also some noteworthy collections.

Access and loan conditions vary from library to library. 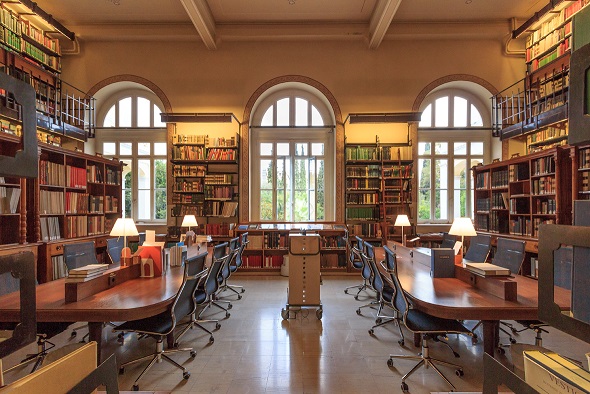 Created in 1846, the documentary collection of the École française d’Athènes (EFA) covers all areas of archaeology and history of the Greek world, from prehistory to the Byzantine period. In addition to the archaeology of Greece, the Balkans, the Mediterranean basin and the Black Sea, France and the Slavic countries are also well represented.

The library also houses an archive on modern Greece and the Balkans (human and social sciences) and has a remarkable collection of papyrology papers (around a thousand).

Its catalogue lists around 94,000 works, including 2,000 periodicals, nearly 4,000 of which are electronic documents. The documents are freely accessible for on-site consultation, except for older monographs, theses and dissertations, and microfiches (which can be requested at the reception). The rare or precious books in deep storage are accessible after authorization from the curator and by appointment.

In 2017, within the framework of the CollEx system (Collections of Excellence), the EFA carried out the labelling of its collections on Greek Antiquity and for the Byzantine archives.

The EFA excavation houses also have small archives, intended to support the excavation work on the sites.

Access: the library is open to members and former scientific members of the EFA and to researchers in the disciplines covered by the library, from doctoral level and, for reduced periods, from masters level 2. 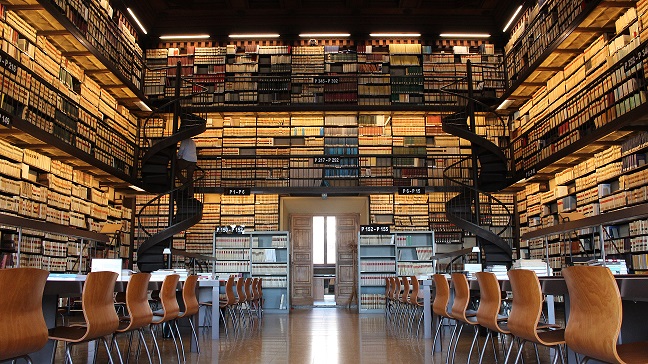 With more than 220,000 volumes, 40% of which are periodicals, the École française de Rome (EFR) library is the largest French research library abroad.

It occupies three levels in the Palazzo Farnese and has 220 reading places, 180,000 open-access volumes, and around 2,000 periodical titles. There are 30,000 volumes stored in the basement, available on request.

The development of the collections began from 1873. Its main specialties are: archaeology of the central Mediterranean, History of Roman civilization, History of Italy and History of the Church.

The acquisition policy falls within the scope of the École's missions: "the École française de Rome is developing – in Rome and Italy, in the Maghreb and in the countries of South-East Europe, close to the Adriatic Sea – research in the field of archaeology, history and other human and social sciences, from prehistory to the present day” (Article 3, II -Decree no. 2011-164 of February 10, 2011 relating to Écoles françaises à l’étranger). A documentary charter, voted by the Scientific Council of the École française de Rome, defines the development of the library's collections.

The CollEx award (Collections of Excellence) was granted for a period of five years (2018-2022) to the collections in Roman Antiquity and Italian History.

Since 1989, the library has considerably increased its collections in the field of legal history, due to the donation of the library of Edoardo Volterra, with 10,000 works (including an ancient archive of 1,615 volumes) and 16,000 offprints.

> Due to a new security system at the embassy, identity checks are now tightened until further notice. 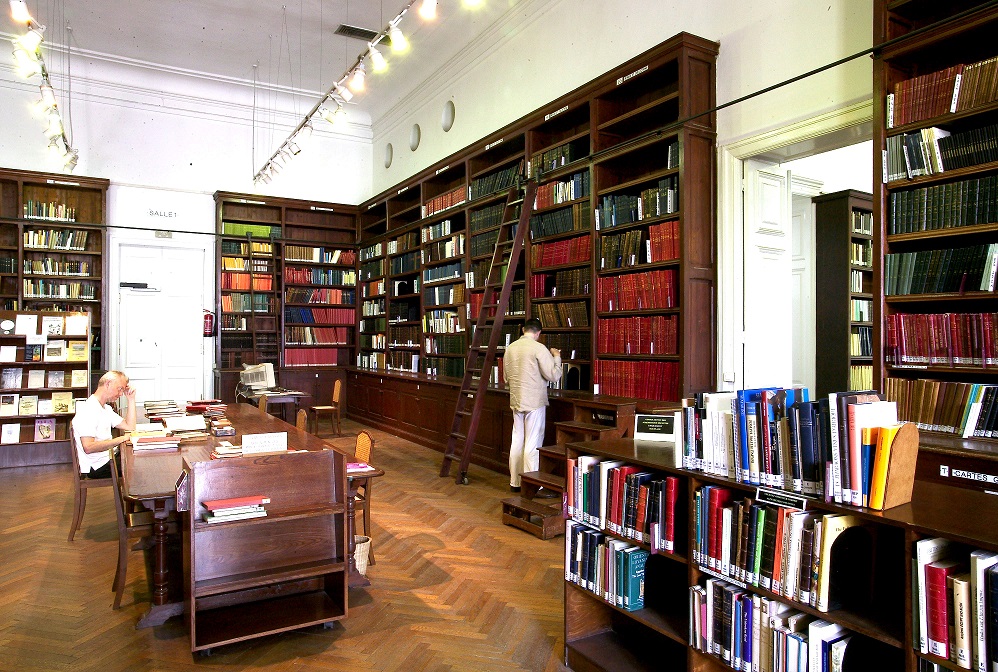 With 92,000 volumes including 1,060 journal titles, the Institut français d’archéologie orientale (IFAO) library is one of the most important in the world in its fields of research.

Its catalogue can be consulted online and its heritage is showcased through the BnF's "Bibliothèques d'Orient" portal.

Access: the library is for researchers of the Ifao, or those associated with its research programmes. It is also open to students and external researchers, from masters level. 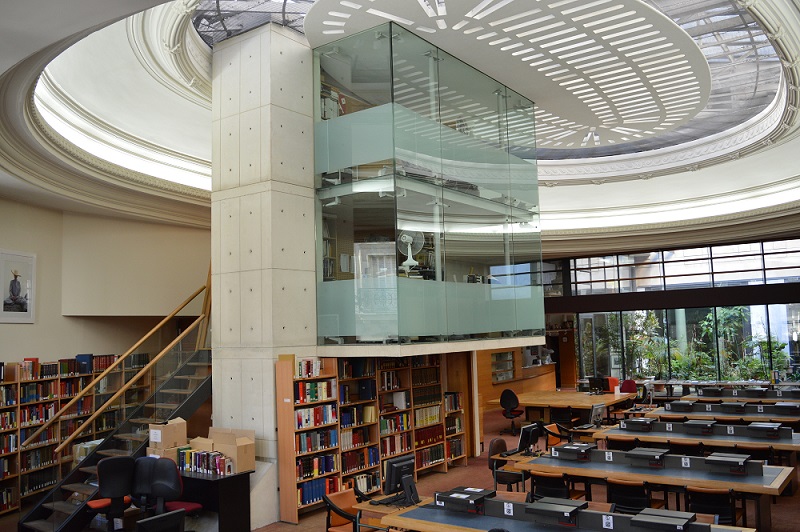 The specialties of the École française d’Extrême-Orient (EFEO) library are classical studies on Asia in archaeology, epigraphy, religions and ethnology.

With 220,000 volumes, including 115,000 in Paris and 105,000 in the libraries of its Centres in Asia, but also with more than 1,700 periodical titles (including more than 700 current journals), the EFEO library also has collections of manuscripts on olas (palm leaves) or paper, maps, and several thousand Khmer and Cham stamps in particular ... as well as around 300 linear metres of archives and nearly 150,000 photographic records.

The EFEO benefits from the CollEx award for Asian religions (Buddhism, Hinduism, Islam and minority religions), in the fields of religious sciences, philosophy, literature and art.

Some remarkable documents are also presented in the "Library Treasures" of higher education institutes.

The majority of the collections can be found in the SUDOC catalogue and in the university library of languages and civilizations (BULAC).

Access: the library has 36 reading places with free access after registration (which is free). The home loan system is subject to certain conditions (membership of the EFEO, EHESS or EPHE). 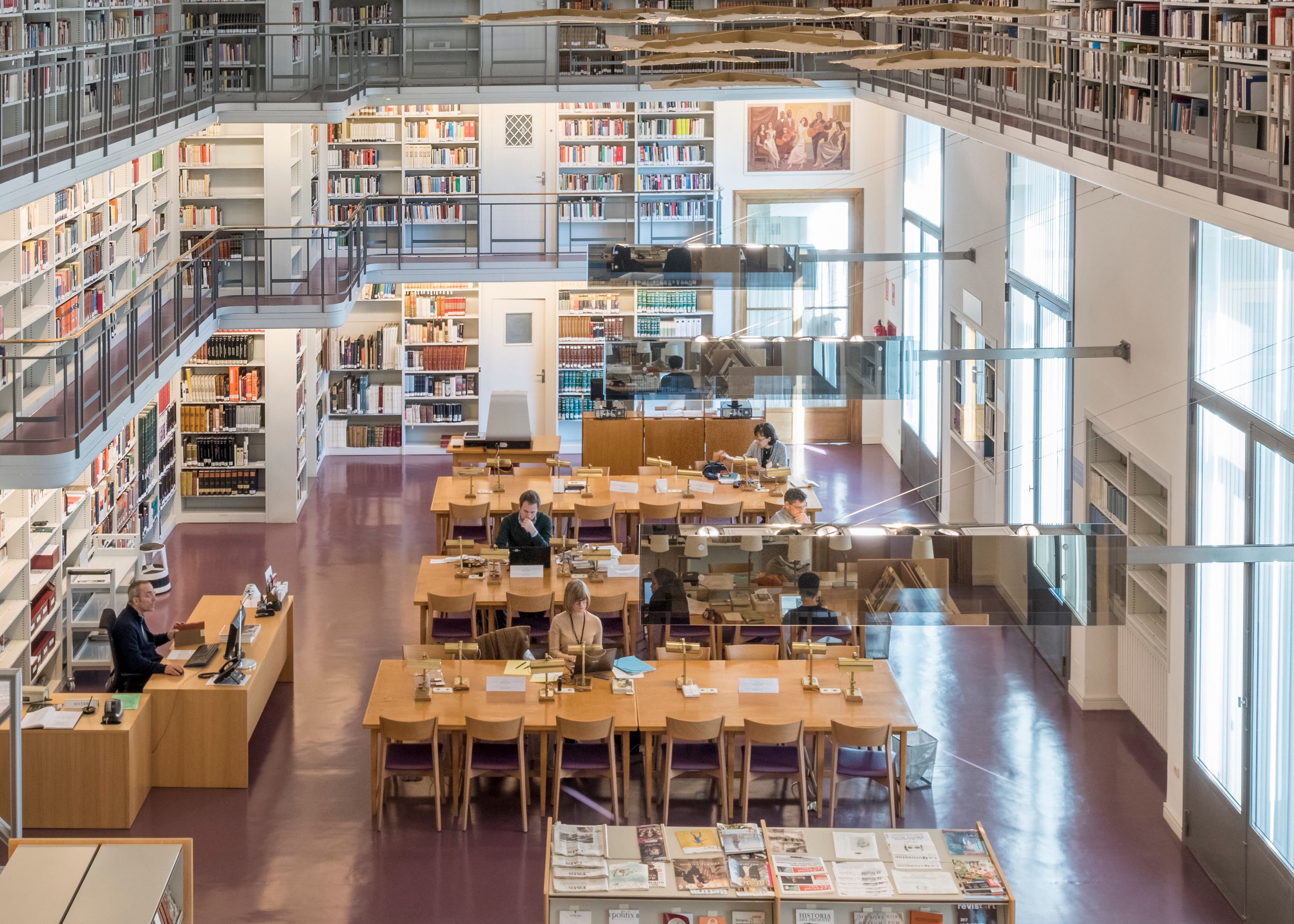 The Casa de Velázquez (CVZ) has a library specializing in the Iberian cultural area.

In 2018, it was granted the CollEx award (Collections of Excellence) for a period of five years (2018-2022) for its collection of periodicals specializing in the Iberian worlds.

Some remarkable bindings are presented in the "Library Treasures" of higher education institutes.

Access conditions: the library is open to anyone carrying out research, starting at Masters level. Its catalogue is also available online.