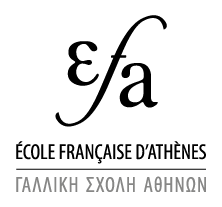 The Italians on Delos

During the second century and into the early first century BC, the island of Delos was home to the largest port of transit in the eastern Mediterranean. As such, it welcomed many Italian traders who prospered among its cosmopolitan population for some fifty or so years. The many buildings, statues, paintings and inscriptions unearthed since 1873 by the French School at Athens have made it possible to trace out the life of this disparate yet influential community. It all began in 167 BC as part of the Roman conquest of the eastern Mediterranean.